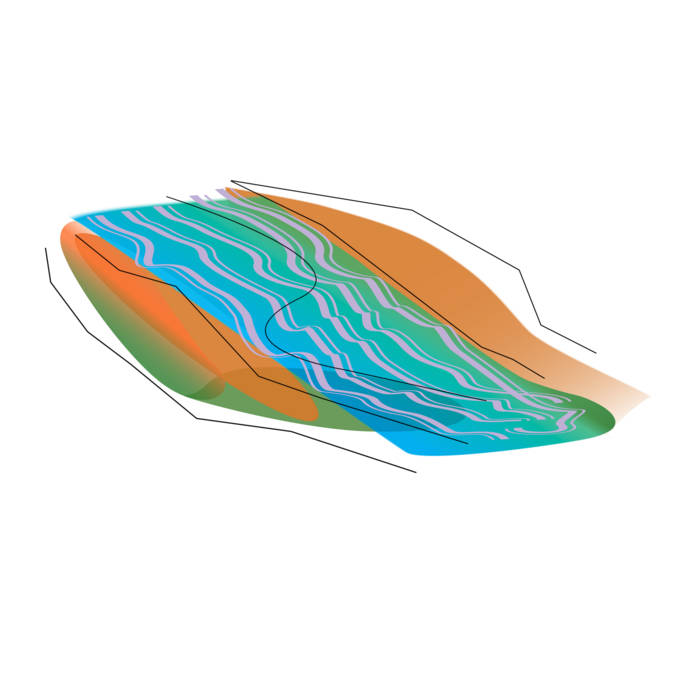 The intersection of line, texture, and detail. VENN and TRACE is the collaborative exploration of four prominent West Australian improvising artists working under the banner OVERLAY. The group use the trio format to explore the overlapping and subtle language shared by their individual creative practices. With this focus on subsets of the ensemble, the attention of each performer is drawn to the detail in their collaborators' respective practices. Through extended application of this process a complex musical connection has evolved, only understood in full when considering 'trace' and 'venn' as a whole.

The debut recorded documents from OVERLAY solidify the first iteration of this artistic concept. On VENN, short sharp gestures spin out musical figures that soon revert to abstraction; the nuanced development of timbre alludes to song structure in collage-like, dislocated ways. TRACE deals with minute details set against a landscape of expansive scope—perception of scale is altered as the music unfolds.

OVERLAY and Tone List recognises the Australian Aboriginal and Torres Strait Islander peoples as the first inhabitants of this country; we recognise the Whadjuk people of the Noongar nation as the traditional custodians of the land where we live (Perth, Western Australia).

Bandcamp Daily  your guide to the world of Bandcamp